We are passionate about the fruit business and proud of the history of the Dole Food Company and the role Dole plays in the South African environment.  We have a keen sense of our customers’ needs and we deliver on our promises.

We commenced business in 1998 after the scrapping of deregulation in South Africa and now after almost 20 years in the industry we have established ourselves as a leading exporter and producer of fresh fruit with an iconic brand name.

Our main focus in the early years was to act as a marketing agent for a select group of hand-picked growers. Today, our business model has evolved to owning our own farms and being a business partner to our growers while at the same time maintaining our status of being the producer and exporter of choice.

We align ourselves with only the best role players in the industry – either on our own farms or that of our growers – and we have created a level of trust and built relationships with more than 200 independent growers. Individually, growers have been guided towards responsible and sustainable farming practices in line with the Dole Food Company motto: quality production, quality fruit and quality research.

Year on year we have increased our customer base worldwide and continue to be a provider of fruit to Russia, the European Union, Scandinavia, Asia, North America, United Kingdom, the Middle East, Indian Ocean Islands and Africa.

Specialists in our field

The servicing of our customer base is important and this can only be achieved by having the best skills in place. Our growers and customers know that they can rely on us throughout the value chain: whether it be technical knowledge in the fruit divisions, quality and food safety matters, packaging and printing, product allocation, risk and quality management system administration, information technology, logistics and documentation, finance, administration, legal and human resources. We are specialists in all of these areas.

We are under the visionary direction of a highly competent team of Business Managers at our office in Cape Town, South Africa. Each of them is a specialist in their field. 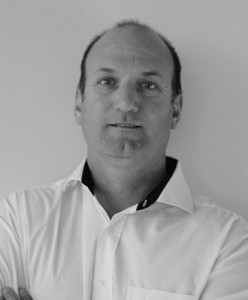 Johann KotzeBusiness Manager Systems and IT Our doors opened for business in 1998 soon after the South African fruit industry was deregulated. Before deregulation, fruit was either exported by Outspan (citrus) or Unifruco (deciduous). No other export company was allowed to export fruit from South Africa. In a very short space of time in those early years, more than 100 new exporters were established, some with little or no experience.

The face of the South African fruit industry had been changed, both for the grower as well as small, medium and larger exporters. Today, only a few of the original exporters remain, and Dole South Africa is one of them and we continue to be an exporter and producer of choice.

We kicked off our citrus season in March 1998 from a small office in Pretoria, South Africa with just a few staff members. This was followed by deciduous fruit from our office in Cape Town, South Africa in October 1998.

In the first few years of operation, our main purpose was to act as a marketing agent, focusing purely on exporting a range of citrus and deciduous fruit sourced from local independent growers to Europe, the United States and Asia. From day one we ensured that we employed the a skilled team and very soon we appointed people in all the major production regions. After just two full seasons we soon became one of the leading exporters from South Africa. We believe that it is our commitment to our growers and customers that has set us apart from other exporters.

A leading exporter from South Africa by volume

Established Fruit Care Services as an in house logistics operation

Secured a major shareholding on a grape farm, Rekopane Estates (situated on Kanoneiland, north of the Orange River between Upington and Keimoes) in July 2014